So About John A. Macdonald

So it came to light recently that following this interesting trend in tearing down statues in the United States, some bright minded people have decided the best thing to do is try to remove the name of our first PM from some schools for reasons which seem rather far fetched. Felipe Pareja, who put forward the motion claims: "it might be difficult for Indigenous students and teachers to go to a school named after someone who he says was complicit in the genocide of Indigenous people."

Felipe Pajera is clearly not a historian. 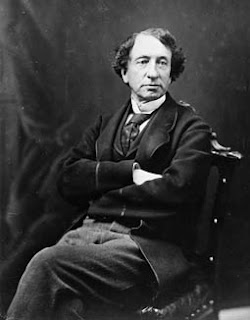 Allow me, if I may, to lay down one simple fact before I continue, John A. Macdonald was not, and could never reasonably be construed as, complicit in genocide. For starters genocide is commonly referred to as the deliberate and systematic destruction of a racial, political, or cultural group. However, let us be charitable and assume that Pareja was short handing the term "cultural genocide" which is more commonly seen as the attempt to destroy a cultures traditions, language, and identity to assimilate it into another group. This is a broad, and somewhat nebulous term that indeed could be applied to John A. Macdonald (or 90% of the white population alive in the 19th century for that matter) in that time period. This is a very broad claim, but one which could indeed be accurately applied to the political decision to institute the Residential Schools in Canada.

That the Residential Schools are a shameful and sad part of our history should absolutely not be forgotten, but attempting to create a more "safe space" for Indigenous students in Ontario by removing the name of our first PM from schools, smacks of naive "feel good" morality that is astoundingly at odds with reality.

In 2015 28% of the country couldn't identify who John A. Macdonald was, much less point out what major contributions he made to Canadian history. And on the whole Canadian history as a subject is severely undervalued in school curriculums. So I must raise a questioning eyebrow at the thought that Indigenous students would feel any difficulty in attending a school named after our first PM, and I'm equally skeptical they could name any of the people directly involved in implementing the residential school system in the first place.

To make a counter point, when our current PM Justin Trudeau renamed the former Langevin Block, named after Hector-Louis Langevin, most people couldn't have told you who Langevin even was, much less why he was important. It was largely an empty good feelings gesture which had no real impact on Federal policy towards Indigenous peoples. This empty proposal of Pareja's is a similar stunt.

Though allow me to explain why this proposal does not only a disservice to our history, but to John A. Macdonald himself.

While it is true that he was a proponent of the Residential Schools, in 1885 he drew up a potential piece of legislation which would have enfranchised women and the Indigenous. The Franchise Bill of 1885 was Macdonald's idea, and he pushed for it well into 1886, even after the North West Rebellion soured Canadian attitudes towards the Indigenous population. As his biographer Richard Gwyn can attest, this is a proposal criminally under-reported on in Canadian history. While Macdonald's motives may not have been pure (and what politicians are?) it would not be until 1960 when Indigenous peoples were again considered to be given a true voice in their countries policies. Though the Franchise Bill passed in 1885, it passed without Macdonald's desired measures to enfranchise women and the Indigenous peoples (save some groups in the east), and this passage was despite the contentious public and political attitudes which existed in the aftermath of the rebellion.

John A. Macdonald was not a perfect man, he was ambitious to a fault, more than thoroughly alcoholic, and became embroiled in the biggest scandal in Canadian history in 1872 regarding the construction of the Pacific Railroad. However, what cannot be in doubt, is that he was a Great Man.

It is an open question whether Canadian Confederation could have gotten off the ground without him. He spearheaded the Great Coalition which broke the political deadlock in Canada in 1864, he helmed the Confederation Debates from Charlottetown to London, and he knitted together a nation out of disparate colonies separated by a massive wilderness with a covetous neighbor to the south looking to gobble it up and tied that vastly separated nation together with a spine of steel. For better or for worse he effectively led this nation from 1864-1891, albeit with a brief intermission.

That he falls at the hurdle to our 21st century stands of morality should be no bar to celebrating his accomplishments in creating our country. He loved this country and there can be no doubt of that, and he certainly stuck his neck out for it on more than one occasion. Perhaps he did not win any great military victories, perhaps he never faced down a howling mob, and perhaps he did accomplish the creation of Canada through bribery, wit, and endless guile, but accomplish it he did.

Attempting to remove his name from schools is simply a small step in the wrong direction for our country. It is famously said that those who forget history are doomed to repeat it, and if our first inclination is to try and rewrite the history of our founder, and perhaps greatest statesmen, then we are already going in the wrong direction.

Shame on those who would push our country that way. Let us remember the past, warts and all, and own the faults of our forefathers, and use those faults as a springboard for understanding and reconciliation. If we want a brighter tomorrow we should be able to shine a light on the darker moments of the past without a knee jerk reaction to rewriting it or sweeping it under the rug.

Instead of renaming schools that bear his name, let's try ensuring all Canadians have an understanding of who he was and what he did for us before we try and erase him. Remember John A. Macdonald.
Posted by Stienberg at 07:53