A while back now while browsing the book section at Costco I came across a novel simply titled Cell. Due to its curious cover I picked up the book and began browsing. Needless to say I bought the book soon after. Little did I know this would be my first foray into the world of Stephen King.

Stephen King is of course the best selling author and horror writer who perhaps has defined horror in the last half century and thus needs no introduction.

As a note this contains mild spoilers regarding both the book and the film so consider yourself warned. 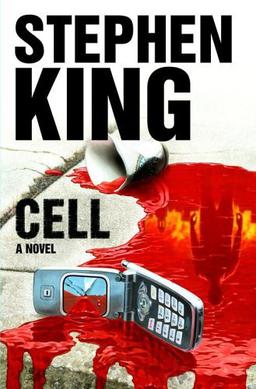 Well ladies and gentlemen, the time has come. Time to do away with a popular president who is leaving the White House with a 60% approval rating, and making way for a man who is going into it with a 40% approval rating. Here goes a president who made his best effort to engage with the media, and here comes a president who calls major news agencies "fake news" for running a story about him he doesn't like. A mature and well spoken president leaves office, and in goes a childish, petty, and immature gentlemen who seems more concerned about his image than his constituents.

All in all it's a sad day for American politics I would say. The wealthiest cabinet ever will be taking office, and one which has already managed to generate more than a little controversy. It is perhaps going to be a time when the people running the nation are more disconnected from the average voter in terms of lifestyle than ever. Add to that a key member of a rabid right wing news rag being made a key White House staffer, well we're in for some interesting times as they say.