We Already Had a Mad Queen

Something like 20 million people have not missed that this last weekend was an end of an era. The show, based on the best selling book series A Song of Ice and Fire, which had run for the last seven years, finally ended. Game of Thrones reached its conclusion.

Now there has been something of a consensus that the ending was awful, and many fans were disappointed. So disappointed in fact they started writing a petition demanding a redo. As silly (and unlikely) as that is, I'm not here to harp on the ending of the show, nor judge how the writing went or what the show runners did. No, I'm merely here to remind people of one salient fact.

Despite what many want to say/claim, Game of Thrones has had a Mad Queen since Season 1. That queen was Cersei Lannister. 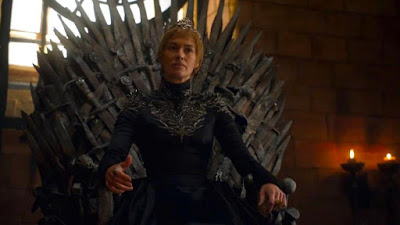 Let me be clear here, Cersei has been a villain since the very start of the show. Whether acquiescing to the hurling of a small child out a window, plotting to kill her husband, being complacent in the beating and humiliation of Sansa Stark, or merely by undermining her own brother at every turn, she has - without a doubt - been one of the villains central to the series.

Sure, in the last few seasons she may have had to match wits with the Tyrells, suffered some reverses at the hands of the Faith of the Seven, but through all that she got a zombie bodyguard, a torturer in chief, and murdered hundreds of people. All while either allowing her children to die or driving them to suicide.

As a villain, she was pretty evil is all I'm saying.

So, with many discussing the end of the series, talking about what should or shouldn't have happened, I just want to write this reminder that, no matter what you may think, the show has always had a Mad Queen, and another one was never really necessary.
Posted by Stienberg at 07:22 No comments:

The most recent episode of the long running and cultural milestone fantasy series Game of Thrones has, for many good and bad reasons, drawn lots of criticisms from fans. Much ink has already been spilled trying to justify or point out the flaws in the most recent episode. I think there are valid reasons for criticisms and invalid ones as well. However, let me just do a brief commentary on the show as a whole before diving in.

In case it isn't obvious SPOILERS AHEAD!!!! 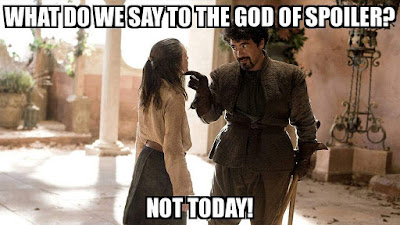