House of the Proud (A Shattered Nation Novel)

In a stunning sequel to the epic alternate history novel Shattered Nation, Jeffery Brooks spins an intriguing tale of political intrigue, racial tensions, and geopolitical rivalries. I can happily say that I enjoyed this book just as much as his previous works, the first of which I reviewed in order to pave the way for this review. The book is a fascinating look at a world changed by the vortex around Atlanta in 1864 and set in the not too distant future of 1867.

As a note, there are slight spoilers for the previous installment, Shattered Nation, as I'm writing this I am assuming readers will be familiar with that book and so feel no compunction about some spoilers. If you haven't read it, I highly recommend you do.

So join me now as I examine a world where the United States is a shattered nation, bordering a House of the Proud. 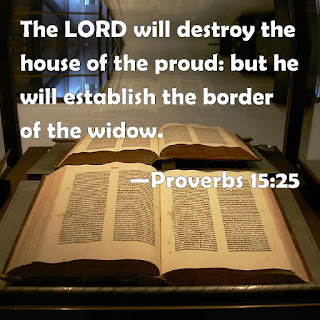 Three years after the Confederate victories around Atlanta and the Shenandoah Valley the Confederacy struggles with its independence. The economy is in bad shape, inflation is rife, and the slave economy of the South is making it look unappealing in the eyes of its foreign neighbors.

The world as we know it couldn't be more different either. For one thing the United States is not alone on the continent, sharing the land with not one, but three new nations, the Confederate States, the Dominion of Canada, and the shaky Mexican Empire backed by Napoleon III's French Empire. The Confederacy, for their part, seeks an alliance with France in order to hopefully stave off what they see as being an inevitable return to hostilities with the United States to the North.

At home, all is not well. The stirrings of a slave uprising are floating out of Louisiana as a mysterious figure named Saul raids plantations in the swampland and taunts the Confederate government with his message of freedom. This comes against the background of the impending 1867 Confederate election.

Meanwhile, in the North, the United States teeters on the brink of war with Great Britain as the incumbent President McClellan takes dangerous steps in stoking the fires of the Fenian crisis on the border between the United States and Canada. For others, the fight with the South has not yet finished as the abolitionists and the Republicans look towards the goal of revenging themselves upon the nascent Confederate states.

The action follows a number of principal characters, from politicians to soldiers as they fight out the events on the ground and in the meeting halls and bars of the election. The novel is nice as, by and large, we are introduced to an entirely new cast of historical characters who are driving (or riding) events as they unfold. Principle amongst them are John C. Breckinridge who serves as the Secretary of War in the Davis Administration, Judah Benjamin who is the Secretary of State, Robert Toombs, who is an avowed anti-Davis (and by extension anti-Breckinridge) politician with eyes on the highest office in the Confederate States. On the ground you have John Hunt Morgan who is tasked with nipping an incipient slave uprising in the bud, and finally, the enigmatic insurgent Saul, who seeks freedom or death for the slaves of the Confederacy.

That's just in the Confederacy, in the North you have Charles Sumner, that most determined of abolitionists who campaigns to orient the North towards destroying the Confederacy, Charles Russell Lowell a wealthy industrialist and scion of a Boston abolitionist family who seeks to strike a blow against slavery. Further afield in Canada, Garnet Wolseley is faced with confronting the Fenian troubles head on and protecting Her Majesties domains in North America. Across the Atlantic John Slidell, the Confederate minister to France, is attempting to sign an important treaty which may guarantee the independence of the Confederate States forever more.

We are also again reunited with the fictional character of James McFadden, that Texas boy who seeks to start a new life at peace, but peace just doesn't seem to find him as he makes a living on the Texas frontier. He becomes intertwined in events of national import in a most unexpected way.

Characterizing this novel was, for me, quite difficult. It doesn't so much tell a story of individuals, as it does the story of the whole of North America in 1867. In that sense it creates a wonderful dynamic of different plot lines that, despite being set thousands of miles apart, all interact with one another and manage to play off each other thread (including a bit during the election which made me laugh out loud at just how clever it was). In that vein there are elements of the spy genre, the war genre, a political and legal thriller, and perhaps appropriately enough, the Western genre. That these could all be spun into a cognitive whole ought to tell you just how skilled a storyteller Brooks is.

I never found any storyline boring, as they all contained the appropriate amount of suspense, intrigue, and problems that a character could encounter. Each section also, by way of brilliant exposition, told us more about the world at large with little in the way of "As you know Bob" story telling. I felt like I had a keen grasp of the events happening in the world, and I could distinctly see how each story ended up influencing another, whether it was black rebels prompting a plot by abolitionists in the North, or Fenian war scares influencing the French decisions on their treaty in Paris.

House of the Proud also contains a well done rendition of guerrilla warfare. Especially a race war/insurrection as is done here. Saul is not portrayed as a saintly figure, and even though he is regarded as a hero in the North, the author pulls no punches as he shows Saul committing what amount to war crimes in carrying out his rebellion. The Confederates are obviously not saints either, and they use their own cruelties to wear down the rebels. If you're looking for purely black and white characters (in the moral sense) you ought to look elsewhere. Which I appreciated.

The characterization in the series is excellent, and it really brings the world to life as people are explored, warts and all. Judah Benjamin will be an easy favorite of many due to his nature as a black sheep in the Confederacy, and the sheer magnificent bastardry he carries out in order to fulfill his political goals. If you liked McFadden you will like him more thanks to this book. As an outside perspective, Wolseley will most likely delight you since he brings a very foreign view to the whole plot.

The plot flows well, and I really can't understate how well it is done and the credit Brooks deserves for the work he did here.

Of course there are some flaws still.

Brooks, like in the previous work, has a bad habit of repeating things. Toombs drinking problem is repeatedly referenced slightly more than necessary, despite an obvious flaw. Wolseley suffers from being referred as "a man built for war" and "putting himself where he was most likely to be killed" just a touch too often. Now in 788 pages I can understand some things being repeated, but they perhaps could have been phrased differently.

Some of the ending felt a tad rushed, and in places it lacked clarity. Lowell's eventual fate may leave some readers scratching their heads as to exactly how that happened with the previous information readers were given, but it could be forgiven I think. The epilogue may be touch divisive, I personally felt like it gave a little too much away for future volumes, but we shall see how the next story unfolds.

On a more personal note I felt that the absence of McFadden's previous nemesis, the Union soldier "Cheeky Joe" was a weak spot. Though the character of Judge Roden and his mysterious enforcer Walker made for a pair of decent antagonists, the lack of this ghostly and undoubtedly evil figure seemed disappointing to me. He could have easily turned up as one of Roden's goons, and thus answered a question from the previous volume and brought McFadden full circle in his character development. This is minor though, and I digress.

There are also some minor editing gaffs, characters being referred to incorrectly and some misspellings, but these could be corrected and easily fixed. These are minor issues though, and other than being briefly jarring, I can't complain.

Overall though, this is a brilliant sequel to Shattered Nation. If you enjoyed the first book, I can happily say this one is even better, and we can expect great things from Mr. Brooks in the future.
Posted by Stienberg at 07:00