One hundred years ago today, perhaps the greatest revolution of the 20th century shook the foundations of Europe as it erupted across the vast expanse that was then the Russian Empire. The world was engulfed in the flames of the greatest war to ever rage across the planet up to that point. Millions had died, famines had engulfed nations, and borders were changing rapidly... on the Eastern front at least.

The Russian Empire, even mauled as it had been in 1914, had been clinging desperately to life come 1917, even making limited gains through military strength in the Brusilov Offensive of late 1916. However, it was becoming clear that Russia, for all intents and purposes, had shot its bolt.

By this point the Russian people were tiring of war. Despite an enormous outpouring of patriotism and national unity at the start of the conflict in 1914, by 1917 millions were dead or dying, and the Imperial armies were being forced back mile by mile. Worse, bureaucratic inefficiency and the poor state of the Russian internal railways meant supplies were not getting to the front, and supplies were not even making it to the cities where the war industries were churning out armaments to support the forces in the field. This was especially true of food.

The price of food and other amenities had soared since 1915, and inflation only made matters worse. The average Russian peasant could not afford to feed his family, let alone provide more food to the starving cities, and increasingly they began to look out for themselves. In the cities the rise in prices, with no corresponding increase in wages, led to strikes and the dissemination of revolutionary propaganda. Turning the breadbaskets of Ukraine and Poland into war zones merely exacerbated the existing problems.

The actions of the monarchy did not help. Tsar Nicholas had taken the position of commander in chief, which meant now every military set back could be pinned squarely on his shoulders, and rejected all calls for reform. Meanwhile, he left his wife the Tsarina Alexadra in charge of the day to day administration of government. She fell under the sway of the mystical monk Rasputin, who increasingly began to appoint his favorites to positions of power in the government, severely undermining its ability to run the nation and the war. The Tsarina was deeply unpopular because of her German origins (originally from Hesse), and in a war with Germany, this was problematic.

Increasing dissatisfaction with the war and the government boiled up through 1916, and by 1917 things came to a head.

Come March, with prices soaring out of control, and the people fed up with the government and the war, strikes began in Petrograd (or St. Petersburg if you prefer). Tens of thousands went on strike to protest bread prices, the war, the Tsarina, and a plethora of other grievances against the government. Even with thousands of troops on hand in the capital, the government was hard pressed to put down the strike, as by and large, the soldiers sympathized with the strikers.

When they were ordered to put the strike down, the soldiers mutinied, shot their officers, and joined the ranks of the strikers.

From there the wheels rapidly came off the Tsarist regime. The Army, even though it had supported the regime in 1905, refused to support the Tsar in 1917. The strains of the war were too much, and the Tsar himself had become too unpopular to support. And so, the Tsar was eventually forced to abdicate, first in favor of his son, and then his brother who refused the throne. So ending 300 years of absolute monarchy in Russia... 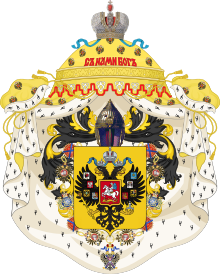 From there the story is too long to recount in a single blog post. The fall of the Provisional Government, the rise of the Bolsheviks, the Civil War, the nightmare of Stalin's Russia, up until the final peace in 1945. It can all be traced back to this one day in March in 1917 when thousands, fed up by famine and autocracy took to the streets in the hopes of making a better world.

The what ifs are many in this scenario. What if the Provisional Government had clung to power? What if the monarchists had won the civil war? How would the world today be different without the influence of the Soviet Union in the post war world? Would Russia have been stronger if not for the scourge of the civil war and the economic policies of Stalin? We can never truly know the answer to these questions, but it is fun to speculate.

Needless to say, this is a historic day, and one we should try to remember. We can hope that history never repeats itself in this fashion, and that the future can hold better things. Not only for the people of Russia, but for all of us.
Posted by Stienberg at 12:37