Recently this article popped up on Kindle author Christopher Nuttall's blog talking about this article which discusses Barrack and Michelle Obama signing a whopping 60 million dollar deal with Penguin Books. Now this is only a reported number, the exact number not being disclosed by any sources. If that number was true though, that would be the most expensive book deal of the century! 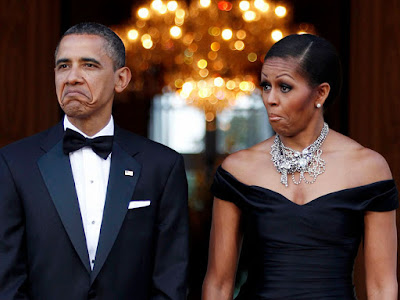 Evidently this would be a deal with the money split between them, so the books would be done separately but under the same contract. It's a clever strategy for the most media savvy First Family to date. Penguin Books will be marketing and publishing this historic release, and apparently they bid quite a bit of money to do it!

Now some might think that this is a lot of money to spend on a former First Family, but frankly he's a rather historic president and his wife was popular in her own way. Leaving office he had a 53% approval rating leaving office according to Politico. His wife has her own following based on her writing and social activism, and according to Gallup polled with a 60% approval rating on average during her time as First Lady.

Now it shouldn't need to be stated how historic these memoirs from Obama would be. He is the first black president of the United States, and with all the drama and historical turmoil that surrounded his tenure they will end up as a must read for historians and those interested in the last eight years. Coupled with their excellent engagement with the public and what I assume will be an extensive advertising campaign by the publisher, this should be an interesting set of publications to look out for.
Posted by Stienberg at 12:01