So I was recently reading through the blog and Facebook page of fellow blogger Matthew Quinn, and he has been making some excellent observations and notes regarding the writing industry. Recently he made a number of good points about cover art.

Cover art is essential for any story. Think about it, one may write an excellent story but without a catchy title and some flashy cover art it is all but impossible to grab the attention of potential buyers. Cover art can almost be as important as the story itself. It's been said that first impressions are the most lasting, and if someone does not get a good first impression of your book then they simply won't even pick it up.

I'm going to look at some bits of cover work and examine them to give people an idea of what can be good for cover work and get people's attention, and then examine some terrible cover art which should best be left on the drawing board. 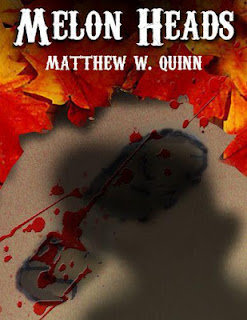 At first glance it is simple, yet engrossing. We have a good title which leads potential buyers to question what it is about. The style is eye grabbing and also let's us know this is a work of horror with what must be a rather unique creature set. In one glance we get genre, ideas, and interest. Effective as advertising as it leads to great potential for people to pick it up. I for one am buying this book and I would encourage readers to do so as well.

So for another bit of the horror (or more comedic) genre we have Abraham Lincoln: Vampire Hunter 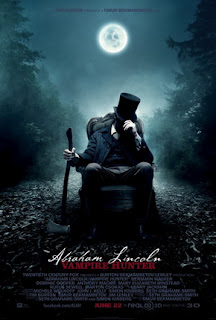 This of course is the first film poster, but on the most recent mass market paper bound copy I purchased it was also the cover art. At a glance we have a moon lit scene with a shadow shrouded Lincoln with his signature hat at a jaunty angle. We get a view of his signature weapon from the book and a basic idea of what he is doing. Again it is informative, a good visual and gives the reader an idea of what to expect.

Moving on to a more recent mainstream selection we have Stephen King's most recent novel 11-22-63. 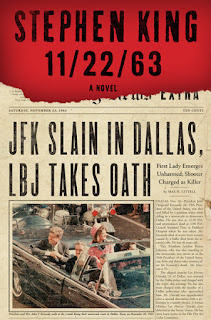 Now we know first off that this is a Stephen King novel (his name is larger than the title) and under that we see the image of JFK and a newspaper article proclaiming him slain in Dallas. This of course is not very informative and leaves readers wondering what exactly the book is about. It of course grabs attention and encourages someone to pick it up. The main selling point though is the authors name which will grab any longtime fans immediate attention.

Now here's one by one of my favorite authors. David Weber. 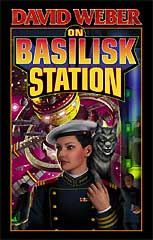 The first book in the grand Honor Harrington series. Simple cover, shows off the science fiction aspects of the story and of course we have the famous authors name. We get a good look at the main character and even some visual ideas of the general uniforms of people in the series.

I've been examining the cover art for various science fiction stories in order to formulate a rough idea of what I think would be an appropriate cover for my Service to the State series. More on that later.

Now for bad cover art we have a culprit none other than SM Stirling. 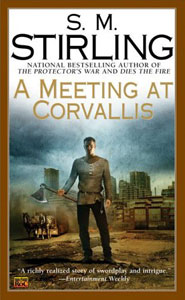 I've always been rather disgusted with the cover work for the Emberverse series. While it grabs attention it has always been rather tacky and generic, doesn't give you any idea of what is going on in the stories and has some ridiculous elements in it. For instance the two draft horse pulling the bus up there (a bus which, as my friend noticed still has its lights running). The series is a constant repeat offender of this and I sincerely wish Stirling would find a different cover artist.

Yet another is Micheal Z. Williamson 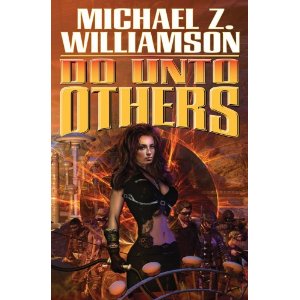 This book is marginally related to his Freehold verse. The title is rather awful, gives you no idea of what is going on and depends on a scantily clad woman to attaract attention. In any respect that is a sign of poor work and a desperate grab at the male audience.

So some good some bad. I think that a writer looking for good cover art should have a snappy visual, an intriguing title and of course a good story behind it. Good cover art should have images directly related to the story at hand, not something eye grabbing just because it looks cool. For instance if your writing a story about a starship captain stranded in space don't have your cover image of a man in a spacesuit standing on an alien planet. Nor should you put a picture of an alien in it just because you think it looks cool. Make the cover art about your story, not just another picture of a scantly clad woman.

So in pondering on cover art for Service to the State and for the first book I have decided I would like to find someone who could attempt to illustrate the male and female leads (Jessica and Laurent) in front of a generic world image. Since there are space battles in the book perhaps have an exploding ship in the background (rule of cool after all dear readers). I think with a snappy title and good visuals that would draw potential readers in.

So with this look at cover art and my thoughts on the subject I once again bid you adieu until next time readers, and return to writing my own stories.
Posted by Stienberg at 10:43