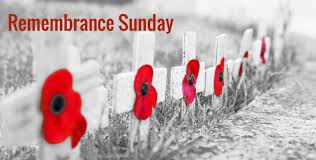 Today 100 years ago, the guns fell silent across the front. On the eleventh hour of the eleventh day of the eleventh month, the German Empire agreed to an armistice. The Great War, was over. For four years, three months and two weeks the greatest war the world had yet seen has raged across the face of the globe. From Europe, Asia, Africa, to South America, the war has been fought. The Central Powers have collapsed, and the Entente has won, but at great cost.

The fighting though, is not completely over. In Russia, a brutal civil war between Communist and anti-Communist forces rages on, and will do so into the next decade. Post war skirmishes between the new nations carved out from the corpses of old powers are springing up, and revolution is in the air in Germany and the former Hapsburg Empire.

However, for the Entente powers, the war is won. All that has to be decided now, is the peace.

Today, I remember the service of my own ancestors. Most specifically, William Schoular, my great grandfather. He fought with the Canadian Corps across the fields of France and recently I was able to view letters he wrote during the war.

These small memories and pieces of personal history are always fascinating, and these little looks into my own family history will allow me years of study on the subject.

Let us remember though, even though one great war ended 100 years ago, the fighting around the world rages on today. Canadians are still giving their lives on foreign battlefields, whether to keep the peace, or fight terrorism, they fight to protect us and others.

We should not, cannot, forget the sacrifice of those who came before us, or those who even now lay down their lives for our freedoms. Take a moment today to remember the brave men and women who have fought and bled for us, and if you can, thank a veteran.

Lest we forget.
Posted by Stienberg at 16:38