Benedict Arnold Gets a Bad Wrap

Perhaps the phrase most synonymous with traitor in the English language after Quisling, is Benedict Arnold. For those of you not in the know, Benedict Arnold was an American general serving in the Continental Army in the Revolutionary War. Now, despite the fact that almost everyone knows Benedict Arnold was a traitor, most cannot quite name what exactly he did. 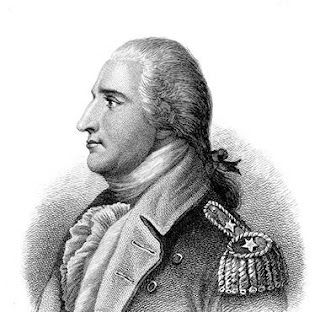 To give some background, ol Arnold had enlisted early to the Revolutionary cause, and had a particular zeal and charisma about him leading to his appointment to command early in the conflict capturing Fort Ticonderoga. In fact he headed the ill-fated invasion of Quebec, while mounting the delaying action at Valcour Island which slowed the coming British invasion of New York. In 1777 he was instrumental at the Battle of Saratoga where the British force was captured, bringing France into the war. In doing so however, he suffered terrible leg injuries which put him out to the proverbial pasture rather than earning another field command and instead being assigned to command the city of Philadelphia.

However, Arnold was known for getting involved with disputes, most famously with Horatio Gates who actually sacked him during the Saratoga Campaign, only for Arnold to disobey orders and lead attacks on the British anyways. In Philadelphia, he came up against prominent local businessmen and was brought up on charges of embezzlement, though he was eventually acquitted.

It was during this time Arnold married the young Peggy Shippen, who was the daughter of a Loyalist sympathizer. After the marriage he became far more bitter against the Continental Congress, which he felt had unfairly brought charges against him, and passed him over for promotion. It had also heaped praise on his foe, General Gates, for Saratoga, where he had been unfairly sacked.

The exact causes of his decision to betray the Continental Congress are the subject of much speculation, but many believe his smoldering resentment against the Congressional leadership, and his sudden ingratiation with Loyalists through his wife (and a lavish spending style racking up debt) led him to decide to betray his former comrades in arms.

That being said, his whole plan was to surrender West Point to the British. The important fortifications could have significantly altered the balance of the war in New York, but the plan never got off the ground. The British spy carrying the papers which revealed Arnold's plan was captured. Exposed, Arnold fled for his life and despite a brief command with the British Army, he soon retired to London where he would die in 1801.

In sum totality, Arnold's treason did very little to hinder the American cause, and nothing to help the British, costing no American lives. Though arguably his greatest act, was while leading British troops engaging in the massacre of the garrison at Fort Griswold (though whether Arnold is explicitly to blame for that has also been long debated) late in the war. However, this again had no impact on the war overall.

Yet for all this, he is remembered as the greatest traitor in American history. Is that really fair?

I would argue, no.

Even were one to factor in the casualties at Fort Griswold, Arnold did far more to help the Revolutionary cause than he did to hinder it. He was instrumental in a number of significant victories, and comparatively caused more damage to the British. With those considerations in mind his greatest sin seems to be portraying George Washington's trust.

However, let us compare him to a few lesser known, I would argue, greater traitors.


Less than one hundred years after Arnold's failed plan to surrender his command to the British in 1780, a commissioned general in the United States Army, David Emmanuel Twiggs, surrendered himself and his entire command, which included horses, wagons, and over 2,300 weapons. In one stroke he destroyed Federal control over Texas and gave aid and succor to domestic traitors. Adding insult to injury, he went on to accept a commission in the Confederate armed forces.

Dastardly as this might be, he was probably enabled by the then serving Secretary of War, John B. Floyd. As a Secretary of War he was found rather wanting, and though he initially opposed secession, after Lincoln's election he was accused of moving masses of material to Southern arsenals, giving over 115,000 arms to the South. Though one could argue his logic after the Raid on Harper's Ferry was some justification for sending scores of weapons south, this seems a thin one with the stench of secession in the air.

A son of Virginia, once that state seceded he promptly dashed his objections to secession and jointed Robert E. Lee (among others) in seeking a command in the Confederate forces. Despite some scattered action in what would become West Virginia, he was soon appointed out west to command the vital post of Fort Donelson.

There, unlike many traitors, he got his comeuppance by presiding over one of the greatest Confederate defeats of early 1862 when Ulysses S. Grant earned his epithet 'Unconditional Surrender Grant' by soundly trouncing Floyd's troops, capturing his fort, and having him surrender in disgrace. Widely blamed for the disaster he was relieved of command, and would die the following year.

These are only two of perhaps the most infamous traitors in government and armed forces responsible for helping engineer a war which would leave over 600,000 Americans dead and nearly split the country in two. Both of whom I would argue are far more deserving of infamy than Benedict Arnold, among others.

However, I would argue the most infamous American traitor of all time came about in the 20th century. 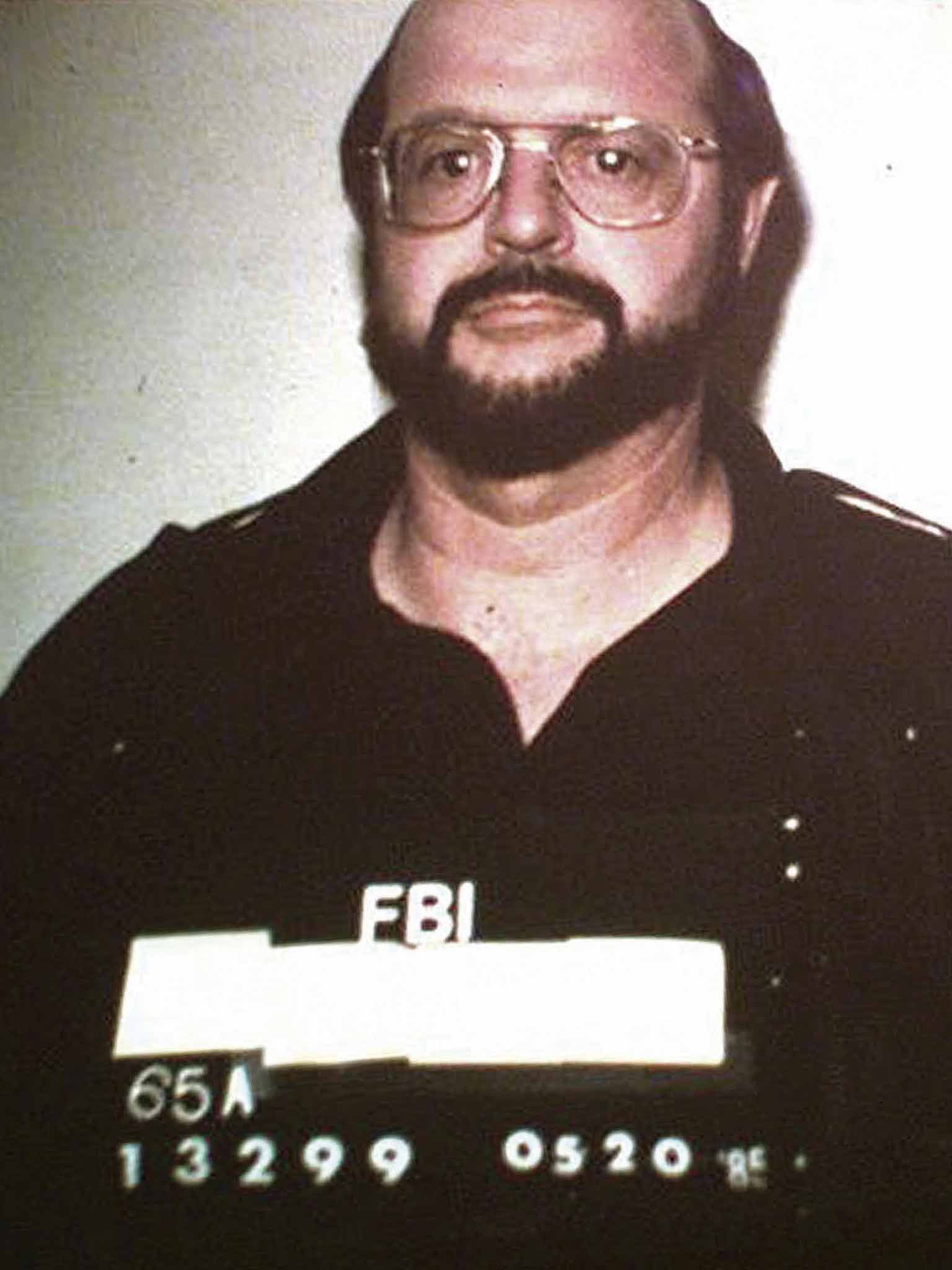 John Anthony Walker Jr. was born in Washington D.C. in 1937 and arrested for burglary in 1955, he was given the choice between joining the Navy or going to prison. Naturally, he chose joining the Navy. During his stint in the Navy, in the 1960s the navy was changing from its aging diesel fleet to a modern fleet of nuclear submarines we know and fear. Allegedly he was at one point shown a report detailed Top Secret, listing every target the USN would hit with their ballistic missile subs. Apparently he thought "How much would the Soviets pay for this?"

During a turbulent period in his life, where he was hemorrhaging money, he was assigned to the Navy Fleet Command at Norfolk. Putting thought into practice, he stole the key list for the KL-47 Cryptographic machine (the most widely used machine in the US military) and approached the Russian embassy in Washington. There he offered the list, and a promise to sell more key lists for secret memos in exchange for a regular salary. Somewhat bemused, the KGB readily agreed and he was soon whisked away, and given subtle instructions on the world of spying, mostly dead drops and hiding covert information.

If you're wondering how damaging that was, imagine a Nazi walking into an Allied embassy in WWII and just offering them up the codes for the Enigma Machine.

The earliest secrets he sold were related to codes being used by ground troops fighting in Vietnam and details about the Navy's new nuclear submarines. In the 70s he recruited the unfortunate Jerry Whitaker, who was being brought into the Pentagon's new communications satellite program. This not only gave him access to key lists, but details on the Pentagon's communications satellites and how they worked.

Soon, it became a family affair as he recruited his brother Arthur and his son Michael, who were both in the military. It was an information bonanza, discovering US troop and air moments in the Vietnam War (which allowed the Soviets to tip off their Vietnamese allies) as well as the locations of US submarines, and the underwater microphones used to track Soviet submarines.

Eventually though, his bitter ex-wife tipped off the government he was spying for the Russians. Caught and charged, he proved unrepentant and would later die in prison.

John's spying cost lives in Vietnam, and may even have helped the North Vietnamese stay on their feet after the disastrous military results of the Tet Offensive. He compromised almost every single secret communications system in the United States military, leaking a staggering amount to the Soviets. As one KGB official put it, “It was the greatest case in KGB history. We deciphered millions of your messages. If there had been a war, we would have won it.” One wonders, how the Cold War Goes Hot scenarios of the 1980s and 1990s would have played out had it been known how much information the Soviets really had on US military capacity. It took nearly two decades to replace and rebuild the Pentagon's military intelligence apparatus.

As far as traitors go, the damage John did to the US military, its active operations, and its potential operations are far more devastating than the failed plots of Benedict Arnold, in fact John Walker's only competition for treason might be Robert Hansen, who had the dubious honor to spy for both the Soviets and the post Soviet Russian government from 1979 - 2001 and got numerous agents and potential defectors killed.

Does this mean Arnold shouldn't be remembered as a traitor? No, since he objectively betrayed two governments. But I would say that his legacy as the greatest traitor in American history, in light of the traitors who followed him, is wholly undeserved.
Posted by Stienberg at 19:34