Having caved and gotten a trial for Disney+ I sat up and watched the first episode of The Mandalorian last night. It had some pretty awesome trailers, good looking effects and some exciting hype surrounding it. I've been hearing people rave about it on social media so I figured, let's check it out. I've been happy through social media before.

Is a lone Mandalorian bounty hunter worth the hype? 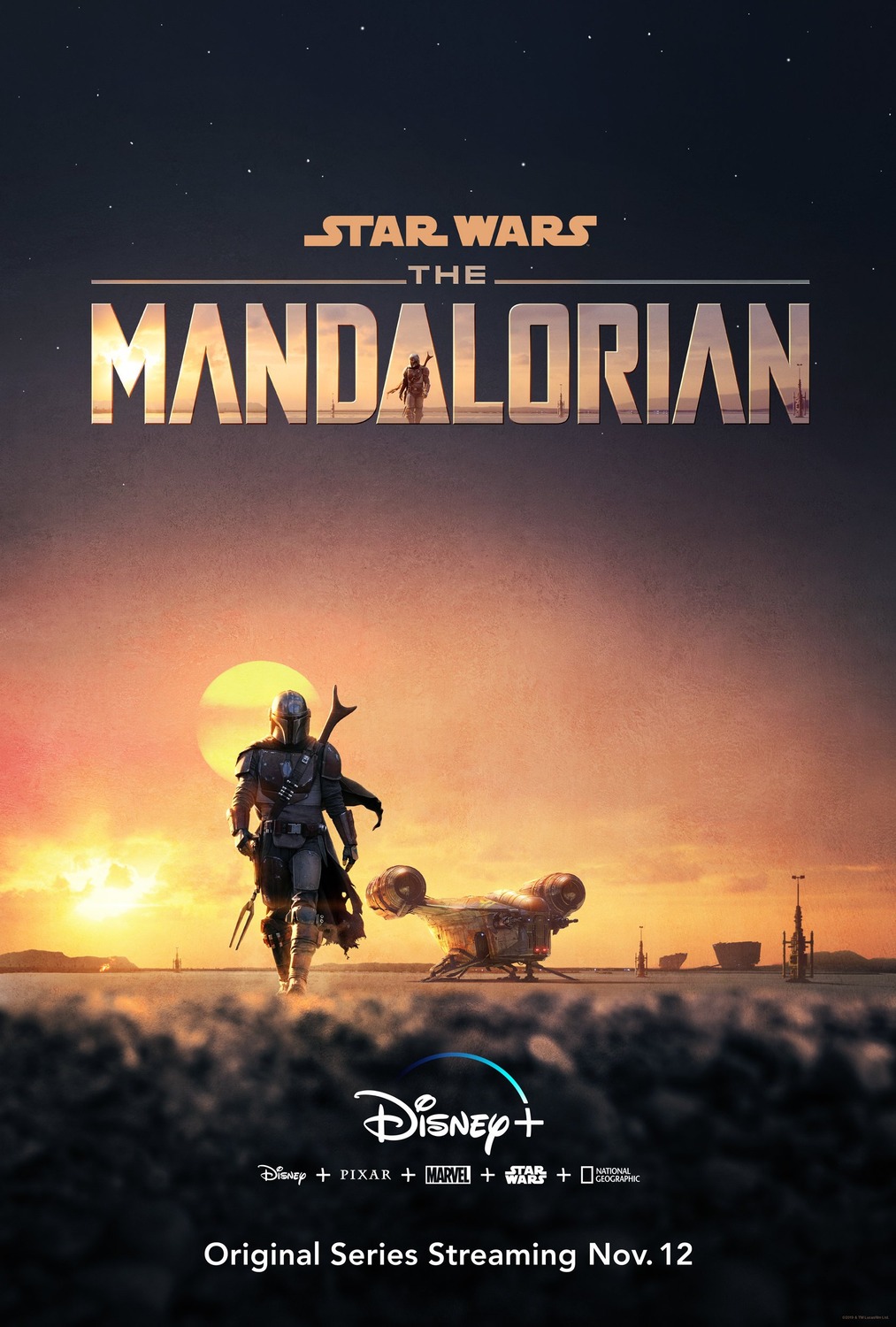 Because there are some SPOILERS ahead, you can read more below the cut.


Well I have to admit, the first episode was a bit of a let down. Don't get me wrong, the first few minutes are suitably exciting and the sets, acting and dialogue is pretty well done. The action was competently shot and the lack of speech from the character at first was pretty incredible. He takes his mark, blasts some competition and just narrowly avoids having his ship eaten by an ice monster.

That done, he brings a large collection of criminals back to headquarters to get a new assignment. It is a unusual one, there's no bounty puck, and no good location to try and find the target. He has some idea of where he's going and ends up in the right place, only to have to team up with a bounty hunter droid to try and get the job done. Cue a fight scene with a suitably dramatic reveal of just what the target is. Then we get some subtle complexity of the Mandalorian himself.

However, this is all accompanied by some wildly divergent camera work.

The editing is rapid fire, so rapid I felt like I was getting whiplash from the constant changes of perspective, scene, or even view as we went back and forth from one place or another. Some of those shots weren't even good. There's an entire section of the bounty hunter going in a door, walking down some stairs, going in another door, walking down a hall and then entering one more door, all in the space of maybe thirty seconds.

Outside the opening action scene, nothing was shot particularly well. Lots of cutting away, rapid cuts, or unfulfilled shots where I felt like what I was seeing wasn't particularly clear. In the climax a lot of the action is steady, but the rapid cuts made me unable to truly follow what was happening. A seemingly suitable scene with a laser canon, instead of being shot continuously or in some good arcs with blasts and bad guy deaths for effect is another rapid cut where I could barely follow what was happening before it was all over.

Added to that, the score rarely matched up. The music was either not on, or it was not suitably fast paced and epic enough for what I was seeing. In the climax in particular it was a weird series of beats, rising and falling, but it didn't feel continuous or really like it fit with what I was watching. Heck, I couldn't even hear the iconic blaster sound effects over it, or couldn't tell because the audio felt unfocused.

The plot was thin, and the dialogue felt a little ragged at times, but there were some funny moments, and suitably badass lines. As for characters, well other than the bounty hunter himself and a brief meeting with who I assume to be the villains of this piece, we don't really have much to go on. The titular Madalorian is interesting, a silent gunslinger type who says little. I found the fact he wasn't an infallible badass to be fun, as he fails to ride a beast of burden, which makes for some relatable and amusing imagery. He doesn't like droids, and has a mysterious background which we are given a brief glimpse of. His sudden complexity at the end has me intrigued, but I'm hoping for more from him.

All in all, I felt what I watched was more mediocre than genuinely exciting and I found myself thinking this was a fan series with good production values. I'll keep watching, but I can't say I feel like binge watching this show right now.
Posted by Stienberg at 11:49