And Then There Were None

As it is Halloween, I've been pursuing some spooky reads in my spare time and just plowed through the delightfully suspenseful Agatha Christie novel, And Then There Were None. Originally published in 1939, it became Agatha Christie's most popular novel and one of the best selling novels of all time with over 100 million copies published.

The set up is deliciously simple. Ten strangers are invited to the mansion of an eccentric millionaire in August at some point in the 1930s. While they do not know each other, they have all been contacted by an acquaintance knowing details about their lives, little do they know that this is no ordinary acquaintance. The mansion, set on the foreboding and isolated Indian Island, is the most modern in Britain, with all the comforts of home one could ask for off the coast of Devon. As they arrive, queer things begin to take shape, as no one understands quite how they've all gotten there.

Quaint as the mansion is, they are all struck by the strangeness of their situation, with a mysterious poem involving Ten Little Indians enshrined above each of their beds. Soon however, they are all confronted with horrible secrets from their pasts, and it becomes clear everyone there is hiding something. Worst of all, one of them may be a killer. 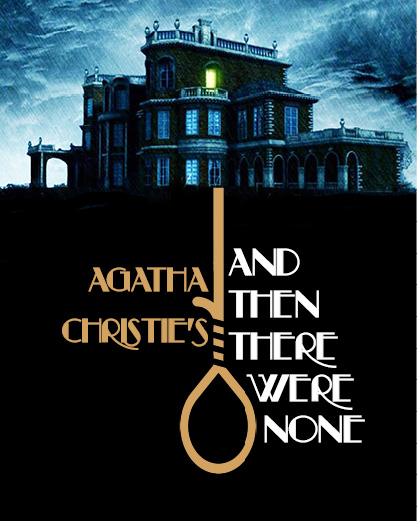 Now obviously, I cannot tell much more without fear of spoilers, but I must say that the story is set up very compellingly. With all the dark secrets each character holds, and their unique traits and individual sins you have both a hard time sympathizing with them, but getting to know them you begin to hope they don't die. It's a clever and ghoulish idea when you get down to it.

Christie does a bang up job of capturing the isolation and desperation the characters feel as the dread inevitable begins to set in. They have no way off the island, no way to contact the outside world, and no idea who is stalking them in their tiny prison.

As well, the growing paranoia and desperation amongst the characters is fascinating to watch. Otherwise reasonable individuals become hysterical, and murmuring, plotting, and suspicion set in as it becomes clear no one can be trusted. Despite thin veneers of polite civility, as their numbers dwindle, those imprisoned on the island cannot help but turn on and to each other in hope of safety.

Exploring the increasingly desperate psyches of these guilty persons as they each end up coming out about their own pasts is fascinating. The struggle to survive and the hope of getting off the island will ensure that readers are sucked in and tear through this piece. It's a psychological thriller at its finest, and one which I would highly recommend to anyone who loves the genre.

The ending of course, has a fantastic twist, one which more astute readers may figure out early on. I can assure you though, you will find it very satisfying and spooky.

Though the original title Ten Little N---ers is deemed (correctly) far too offensive for today's market, it is apropos of the time period it was written, and anyone seeing copies with that title should't balk it just for that. In spite of that, the book has become Christie's best selling work and her most adapted, even above those of the venerable Hugo Poirot. With a genuinely unique mystery and setting that will strain the reader who attempts to figure it out, its no wonder it has sold so well for decades. The most modern adaption is the 2015 BBC version, which for those who haven't read the book and prefer to watch, I would recommend for its amazing cast and closeness to the original novel.

Until next time, be wary of accepting strange invitations to fantastic locations!
Posted by Stienberg at 00:30