Hello dear readers, I am here today to happily proclaim over fifty years of James Bond. To do so I will be giving a brief and spoiler free review of Skyfall the latest film in this wonderful series. 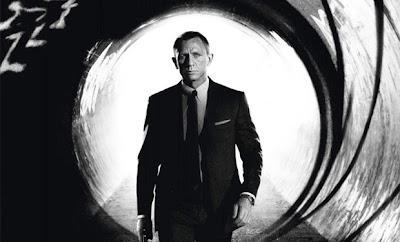 As readers ought to know Skyfall is the third film done with the first blonde Bond actor Daniel Craig. This film, unlike the previous Quantum of Solace, is not a direct sequel and instead is a stand alone film with an original story line following the escapades of M and of course 007 himself.

This film revolves around the mysterious and authorative M as she has her command questioned and an adversary from the past comes back to haunt her. As well 007 questions his loyalty and commitment to the organization he has so faithfully served for many years.

Now on with the show er review!

Well what can I say readers? This film has once again given us reasons for why James Bond is a classic hero and such a suave character. From dynamic one liners to amazing action scenes we get a well put together movie with a stellar cast of characters and a wonderful set of villains as well.

Daniel Craig of course returns in his third showing as the eponymous 007 James Bond that lovable MI6 agent. We start of with him fighting valiently in the line of duty and being the good agent he always has been. During the opening moments of the films actions he has intense action sequences and is thrust into the line of duty while questioning his superiors orders and trying to do his duty.

Judi Dench returns as the grand old lady M and the leader of MI6 where we find she is being questioned in her role as a leader and we see her past has come home to haunt her putting some of her current and past decisions in the spotlight.

Then we have a cast of new (or old however you want to look at them) characters returning, with Naomi Harris as Bond's supporting agent, Ben Whishaw as the new Q, Rory Kinnear as Bill Tanner, and Javier Bardem as the villain of this installment.

Put together these characters create a fabulous story of intrigue, betrayal, unorthodox tactics, plotting, and politics. It also delves more deeply into incidents in Bond's past which are interesting to see played out on screen and discover some interesting facts about our great hero.

Then of course we have the hilarious one liners and situational comedy that are so familiar to a 007 film with lovely lines along with my favorite "Seems like a waste of perfectly good Scotch" and I'll leave readers guessing as to the incident which prompts that ;)

The action sequences are amazing and impressively fantastic, what more could you expect from a Bond film? Strung together by an excellent plot we see an army of mooks being demolished by Bond in increasingly unique and unorthodox ways. The final showdown between Bond and our villain is impressive for the number of ways you can kill people with the contents of an old English house and 'the old ways' of killing.

To top it all off the music in the film is a call back to the original Bond soundtracks and we have the opening title song written and sung by none other than Adele. It's probably one of the best Bond openings to date.

For more astute viewers we also have dozens of callbacks to the original Bond films themselves, and much to my pleasant surprise a number of original gadgets. You'll be shocked to see some of the inventive ways they play these in to the film, and it also increases the re-watch value as you try to find all the shout outs to older films.

I honestly can't find to much to criticize about this film. Mind you, there are some things.

For those hoping to see the events of Quantum of Solace and Casino Royale wrapped up, better explained and expanded on I'm afraid you'll be disapointed. Unless later films write this in the film is purely stand alone with no connection to the events of the previous film whatsoever and little effort is made building upon Bond's character or how he's reacted to the previous events from the films. This is one thing that disapointed me but that's alright considering the film we are left with.

There is also the fact that some elements of the plot seem strung together on a shoestring and could have been better explained. For instance the villain could have used just a bit more foreshadowing and given a bit more depth. Otherwise his plans seem kind of out there.

We've also got the issues with other events being left vague or unmentioned which left me confused, not critically so, but still wondering about events characters were referencing in the plot.

All in all though, Skyfall is definately an excellent addition to the James Bond series and filmography as a whole. I found that I was on the edge of my seat most of the film and I was laughing along with the fun events and gnawing my finger nails in suspense for later on.

I would seriously reccomend that people go see this movie and enjoy fifty years of James Bond! 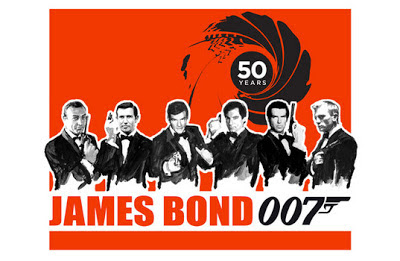