Freehold and Jennifer Government: The Stories

As part of my Great 2020 Re-read I took it upon myself to go back to two novels of varying seriousness. One was a novel I picked up a decade ago, Michael Z. Williamson's Freehold which is a guilty pleasure of mine, and the other is Jennifer Government by Max Barry. One is an interesting story of an alternate society in the far future, while another is a satirical look at a society in the near future. Both are ironically, fundamentally the same society.

That though is a rather simplistic explanation with a broad brush. On the surface they are extremely different, with different cultures, naming conventions, and even different planets. The ideology that unites them however, is fundamentally the same.

First though, let us introduce our two focus cases. First up is the novel I originally read, Freehold. 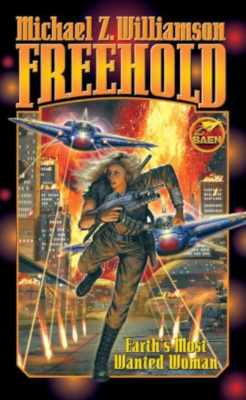 This was the debut novel by Michael Z. Williamson, for Baen Books. Published in 2004 it was his first full length novel and though it shows at points, it is still an exciting read. My original review still does stand, though I've soured more on some aspects of the story over the years.

Set roughly in the 26th century, it tells the story of Kendra Pacelli as she flees unjust charges of embezzlement in the military on the UN dominated Earth to the only independent planet in human colonized space, the Freehold of Grainne. Self described as "the first truly free society in human history" it is set up as a libertarian paradise (more on that in Part 2) and is meant to be a contrast to the bureaucratic nightmare of Earth. You can do almost anything you want, so long as you are willing to accept the consequences for your actions. Own any weapons you like, drive however erratically you like, love who you like, and sign whatever contract you feel free to. No one is forcing you after all!

Kendra experiences quite a lot of culture shock, but eventually adjusts to her life in the new colony.

When political friction between Grainne and Earth forces her to move into the military, we spend a huge portion of the second act looking in depth at military training on Freehold. It is brutal, harsh, and very difficult. Kendra passes and officially joins the Freehold Military Forces. As she was in logistics in her old military life, she fits right in to logistics in her new one. Getting into the groove of her new job, she again gets caught up with Earth/Grainne tensions as 100,000 malcontents are shipped into the Freehold to stir up trouble. They succeed masterfully, and the UN government declares they are going to annex the Freehold for their own good.

Of course, this leads to war and the UN invades. Needless to say though, that for all the well portrayed horrors of war, the Freehold wins by some pretty far reaching deus ex machina which probably could have been better concentrated on with both a wider cast of characters and some further research. The war largely did depend on a very 20th/21st century understanding of strategic warfare and combat to be believable.

That said, it is a guilty pleasure read, and I fully acknowledge it. Worth a bit of a read if you find the idea interesting.

Now this next book, I actually have only very fuzzy recollections of where I picked it up. However, I do recall it being uproariously funny and I definitely read it shortly after reading Freehold. That book is Jennifer Government. Written in 2003, it is an excellent satire of rampant consumerism and corporatism, and turns on its head the idea that a dystopian future requires a totalitarian government! 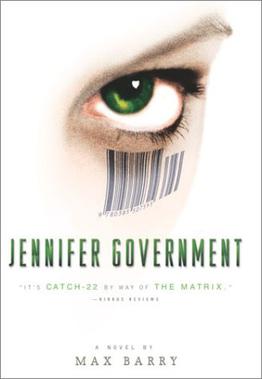 The story begins twenty minutes in the future where much of the world has become the US. Or literally, the United States has expanded into much of the world through corporate purchase. These countries have become part of the US led trade bloc, having gradually given away their sovereignty to become part of the largest, freest system in the world! There is minimal government, no elections, and you're free to do whatever you can afford! Just make sure you read that contract! People have done away with surnames, and you know yourself by the company you work for! 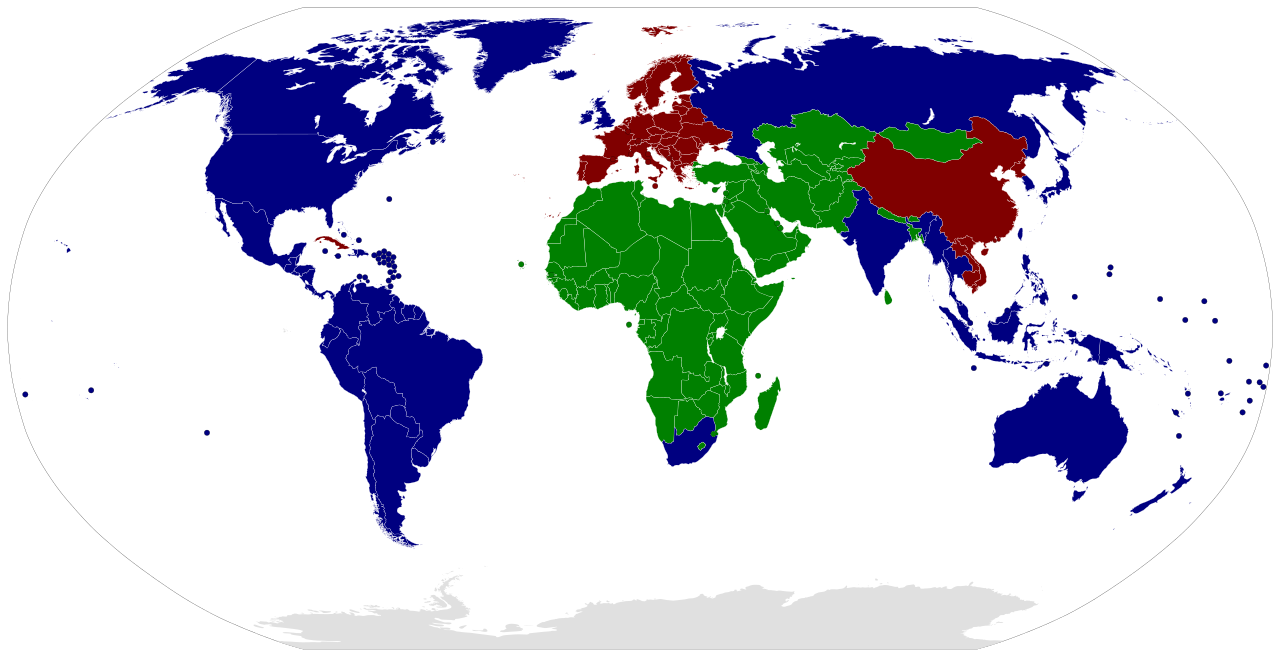 Enter one Hack Nike, who works as a middle merchandiser for Nike. One day his water cooler
malfunctions so he travels to the floor above him to try out the one there. It is here he meets John Nike and John Nike. They offer him a fast trace to advancement, he can help them whip up sales for a new line of shoes being sold, and all he has to do is kill some kids! Too bad he didn't read the contract before he signed it!

With all the madness going on enter Buy Mistui, who is unfortunately witness to one of the shootings. Helped out by the barcode tatooed agent Jennifer Government, they both end up on the path of a sociopathic businessman as another cast of colorful characters are sucked into the mayhem. From a militarized NRA gunning for Government agents, companies trying to crash each others servers, to shootouts on the Burger King floor, its a total madhouse as sales come before lives!

Written in 2003 it has some pre-internet vibes which do date the story. But it does really capture consumerism gone mad as corporations have license to do whatever they want since unless you have money, you can't really bring them to task since the government has no right to tax in order to set a budget.

This really complicates the life of Jennifer as she has difficulty going after the bad guys when they do bad things. She's being constantly asked where the money is going to come from, whether she could do things to cause less collateral damage (and therefore expose the government to lawsuits) and if she's sure she can even bring the executives to justice if she has the evidence. Money doesn't grow on trees after all. Meanwhile, if you have the cash the Police can investigate crimes or prevent them preemptively, but it will still cost you. And if there's an emergency, have your credit card number ready so you can pay in advance before they respond!

Other than the murder investigation, the main conflict is between two major loyalty programs taken to its logical extreme. US Alliance and Team Advantage compete against one another to have the biggest consumer base on the block, and John Nike is determined that his side, US Alliance, is going to win big. He is going to wipe out the competition.

As this is written as a satire the humor comes from the over the top situations and unlikely circumstances our many poor characters find themselves in or the ridiculous extremes they will go to in order to get the win. I had quite a few laugh out loud moments, especially as one poor side character Billy Bechtel kept running across Jennifer Government in the worst ways possible. All the poor man wants to do is go skiing! The outlandish desire for consumerism people showed was pretty funny. Late in the novel Jennifer and her partner Calvin are running through a riot and Calvin keeps getting distracted by the good deals he sees.

Its a funny story with a very satisfying conclusion and I genuinely want a laugh about our society and consumerism. Really takes the piss out in an enjoyable way. If you want a laugh in this mad modern world, very worth a read.

With the stories out of the way; why do I think they portray the same society? In worlds where the market is unchecked and money talks, what do you think would happen? Stay tuned for Part 2 as I launch into a much more long winded explanation!
Posted by Stienberg at 09:00