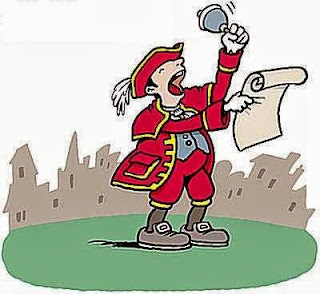 My slow writing aside, due to school and other things out there, I have got some wonderful tidbits in store for everyone this week. After two weeks of rather depressing news going around this time I have some great pop-culture links to share!

First and fore mostly I would like to again (if you followed me on Facebook you would already know) share the news that Firefly will be continued in comic format by Dark Horse comics! Yes over a decade of waiting has paid off for the erstwhile Browncoat fans who have eagerly awaited the day when the series would continue in some form or another, but now the wait is over!

Here is an article detailing this wonderful new turn of events.

Now of course some will be disappointed since it is not live action, and of course that the film Serenity is canon so some of your favorite characters are still six feet under. I for one am tentatively excited by this turn of events, mostly because numerous fan fics and fan theories have been floating around for years! Finally though we may get some long awaited closure from our favorite sci-fi series. Though speaking of Firefly, and of course one of my favorite actors Nathan Fillion, I am also happy to say that the sixth season of Castle premiered last night and we finally found out the answer to the burning cliff hanger we were left with over the summer months! Only to be given a new burning cliff hanger to start the series off! We will have to find out what happens next Monday and how the saga of one of the best police partnerships on TV continues!

In other news the new trailer for Robocop is out. We are seeing a whole new version of the franchise with this re-boot and one this is extraordinary in its look at the Robocop world, though according to Cracked it seems to be a little simplistic in it's set up.

Though of course we'll just have to wait and see won't we?

But here is the new trailer for your viewing pleasure!


In other, just as cheery news, it seems the horrible sensation which has been the Atlas Shrugged film trilogy is so desperate they have been forced to go to Kickstarter in order to obtain the funds to finish off a trilogy so bad the books fans don't even like it! Last year I talked about Part II of the terrible trilogy and commented on how this part seemed competently strung together, unlike the first film.

However, many people who have seen the film (well the two I know of) have panned it as being awful, just awful. In a delicious irony the free market agrees and finds the disgusting ideology the film champions unpalatable. This of course sticks in the craw of many of the ideologies most ardent defenders who insist it is a good film and is a wonderful parable of our times.

The remaining 99.99 percent of humanity disagrees.

In their effort to keep ideological purity alive for this sad series the producers have gone to kickstarters with a modest goal to reach of a quarter of a million dollars, and has made a respectable 96,000 so far. Seems to have some rich backers with plenty of cash to throw around for sure. Though I'm sure that like the rest of the films it will flop spectacularly, and it may even end up driving the makers into debt.

It seems the film is to be recast, again, as they have either let the actors go, or the actors have quit. It is admirable that the producers decide to keep going really. The producers have also thanked those who have hated on the movie for helping generate publicity, firmly believing that even bad publicity is good publicity. Unless it of course means that no one will watch your movie of course!

While I salute their commitment to their ideological goal I will of course disparage the series and ideology until the day I die.


Well that's my rant for this week readers! Until next time!