Despite the again erroneous title I again bring you my weekly word! 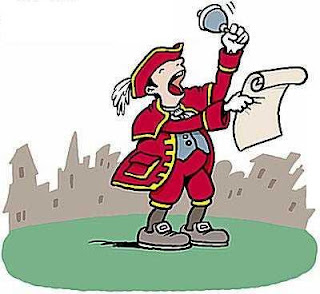 First off I address the issue on everyone's mind, Syria. Well ladies and gentlemen it seems like things are getting worse in the region, with the civil war spiraling out of control and foreign intervention being either a pipe dream or a terrifying possibility according to the pundits.

The idea of intervention though is something that must weight heavily on the consciences of world leaders in the West. They missed their chance to support the only secular, and non-terrorist affiliated group in the region back in 2011, only to watch as the revolution was hijacked by a better armed and better funded Al-Qaeda offshoot with ties to our supposed allies in Saudi Arabia and Qatar.

Now though, Assad has crossed the line which was set by using chemical weapons. The time has (theoretically) come for the Western world to intervene and say loud and clear that the use of chemical weapons will not be tolerated.

However, Western opinion seems divided on that, and I can understand why. Let us take a look at what the possible outcomes are in Syria. The first is for the Assad regime to completely win the civil war and stay in power. There will of course be reprisals, crackdowns, and a tightened security state. However, the balance of power in the region will not be adversely affected (save Russia's growing influence) and another dictator will have stood up to the West. A terrible option for the Syrian people, but no worse than that they face right now.

In the next scenario we have a definite victory by the Al-Nursa Front and its allies. Then we have a secure base of operations for militants which could further destabilize the region, give a foreign terrorist organization access to chemical weapons, reach in the Mediterranean, and a major source of arms and supplies. This would most likely come back to bite the West in the behind in a big way.

The Third scenario is for the Free Syrian Army to win and establish a semi-stable state which could be a boon or a hindrance to the region. It would probably end up like Libya with internal difficulties, and many religious militias refusing to answer to the government (as well as the unsettling question of the Kurdish population). The worst case scenario for an FSA victory is for the fighting to merely continue and devastate the region further still in an Afghanistan style civil war.

Now these are all merely speculations, and if the war goes on much longer it may begin to seriously unsettle the entire region. However, how the West reacts will determine how the conflict is played out. If the West strikes at Assad's military power bases and weakens him it will prolong the war, if it directly helps the rebels (who may or may not be friendly to the US) it invites the victory of a potential enemy, and if it does nothing, then it is still up in the air.

The West is also limited in its ability to respond by Assad's threats to unleash chemical weapons on the region if he suspects regime change is the attempted American goal. This leads merely to a number of bad and worse decisions which will probably not give the West an edge in the conflict. Meanwhile it grinds inexorably on.

Meanwhile in the news we have two bright spots with a pair of infamous mass murderers getting their sentences passed down recently. Nidal Malik Hassan and Robert Bales were sentenced to death and life in prison respectively.

Hassan was the perpetrator of the 2009 Fort Hood shooting where he gunned down 12 soldiers and one civilian in a Jihadist influenced rampage in order to 'stop US soldiers from going to Afghanistan and killing Muslims'. Hassan became sadly proficient with his weapon and got the drop on dozens of unarmed soldiers who were lining up for medical treatment. He was just recently sentenced to death by a military tribunal.

Robert Bales whose crimes I covered here, was also finally justly sentenced for the obvious war crime he committed. I am thankful the American government has seen fit to give him such a harsh sentence (though the death penalty would have been more appropriate) and I am pleased he has been sent to prison for the remainder of his life.

While justice has been served and this weekly word is a bit more gloomy than most I hope that we can see some good news over the horizon in the future readers!
Posted by Stienberg at 12:56