Hello readers! Here I am starting a new segment for the blog which I am calling, the Weekly Word. In order to keep myself motivated to blog and keep writing interesting articles I will be posting a segment which tops off the news for the week, any interesting thoughts I might have, my writing updates, and of course weird web stuff. 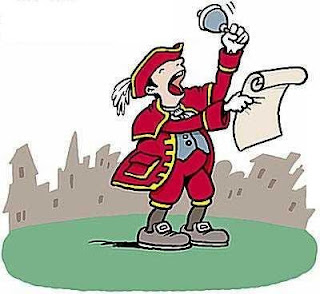 To start off the week I thought I might catch up with some news from yesterday. Yesterday was Robert Heinlein's birthday! One of the fathers of modern science fiction Heinlein was one of the great men to start off the science fiction genre and use it as a conduit to explore social norms and societal values. He wrote two of my favorite books, Starship Troopers and The Moon Is A Harsh Mistress. I've probably read each of those books at least ten times. Short sweet and packed with fascinating details on possible futures and interesting societies. The man was a great writer and visionary who should be remembered for all time in the literary genre.

Tor does a wonderful article in reflection on him.

On another note if you aren't following Tor on Facebook, I suggest you do so soon! They have a wonderful slew of updates on authors and books, and besides that they have countless fun articles for you to sample! I often post them on my page!

In international sector you've probably heard about the coup in Egpyt by now as the rather undemocratic President Morsi has been captured by the military. In a region which could use less unrest it seems that the country is slipping into a low scale civil war of its own.

It leaves a delicate question for modern friends of democracy to answer. If an elected official is up to no good and trying to subvert the democratic process is it right for him to be overthrown in a coup? To be fair to the Egyptian military however, they only acted when overwhelming domestic pressure against Morsi's policies (in the form of protests all around the country) and then exerted their considerable force on the government and seized the President.

The problem of course is that this sets an interesting example, the military has launched a coup (though some would prefer the term revolution) against a man who was elected fairly. However, supporters point out that Morsi (and his backers the Muslim Brotherhood) was the only man who had anything resembling a political party so there was little doubt who would win.

This is all part of the growing pains of what we hope will turn Egypt into a modern democracy. With the military suspension of the Constitution however and an insurgency forming only time will tell what happens. Though the military kept the majority of its promises last time and allowed for elections and didn't interfere with the process, except to preserve their considerable power as a state within a state. How this will play out for the future of democracy in Egypt again, remains up in the air. 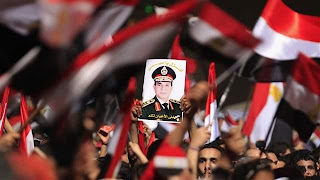 On a more cheery and amusing note, today is the 66th anniversary of the Roswell UFO incident in 1947!

So today is the day when aliens potentially visited Earth for the first time. Now I don't actually believe that personally but hey someday I could be proven wrong!

Either way next time you look up to the sky, wave because you never know, little grey men could be watching you!

Hope you enjoyed the first update readers! I'll make sure to keep 'em coming! Until next time!
Posted by Stienberg at 16:13